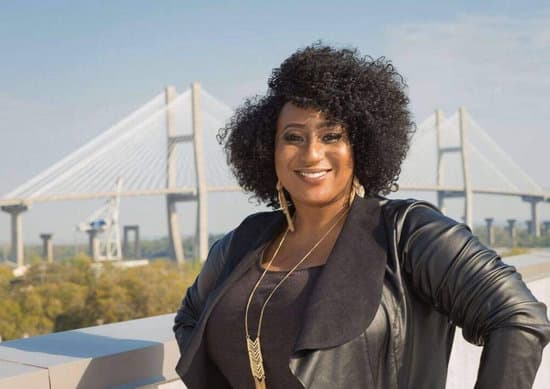 If you’re in the Savannah Area, you may know Kimberly Gunn by one of the many hats she wears: Educator, Consultant, Mental Health Advocate, Public Figure, Recording Artist, Worship Leader. She’s one busy woman.

I’ve been lucky enough to watch her shine in all of those roles, and her impact within our community just keeps growing.

A History of Giving Back

Known as Lady Kimberly Gunn to congregants at Hosanna Church in Savannah, Kim founded the church with her husband, Pastor Matthew Gunn. Together, they come together regularly to feed the homeless, sponsor the needy, and participate in several anonymous good deeds that give back to the community.

She has also been an educator for roughly 15 years. We taught together at Gould Elementary for 3 of those years. Her passion for education is evident not only in her profession, but in the extracurricular activities she’s supported from Girls on the Run, to M.A.LE. Dreamers- connecting adult men to become mentors for young men of middle school age group. Mentorship has been a priority and point of pride for Kim.

She may have left the classroom, but she hasn’t left education. Since the summer of 2020, she now works as an education consultant and private instructor. She works to strengthen students’ resilience and performance as we all adjust to the new normal in our schools.

The larger Savannah Community may also recognize Kimberly Gunn’s name since she has been a public figure and recording artist who has recently started a public initiative advocating for mental health education. Her work is particularly focused towards people in our communities who are statistically less likely to understand and seek resources to address mental illness, and her goal is to start breaking the taboos and stigmas surrounding mental health and start finding solutions.

Hearing this dear friend of mine sing is a religious experience. Her rendition of the Bill Withers hit, Lovely Day, fills my soul and brings me to my feet. She also has the ability to bring a crowd to their knees! Her voice has brought me to tears on more than one occasion. But I digress; Kim eventually shifted towards rebranding, with the goal of releasing some more of her own music. That’s when she consulted with a creative writer who encouraged her to become more vulnerable, and share her story so that she could connect with people.

Soon, her single Clap For Me was written and released. And with it, a whole new mental health initiative called the Love Again Initiative was born.  At the time, Kim had been grieving the sudden death of a colleague of ours. It was through this  grief that she wrote a song about finally being in a place to accept her flaws and insecurities. Kim’s focus was on embracing our flaws and finding things to celebrate. She wanted a positive anthem that people could wake up to and start their day. It was her first step to sharing her story and her way out of grief..

In writing Clap for Me, she began to open up and address mental health. As she interacted with people on social media about her single,  people began responding and reaching out, needing to connect. She was getting great feedback from professionals, clergymen, and community members. She saw the opportunity to create a platform to really continue that discussion about mental wellness and self care and normalize the open discussion about mental illness.

She called it The Love Again Initiative. Soon, she began having panel discussions throughout the area to break down the stigmas around mental illness. The initiative also focused on self-care. They found ways to feed people and  gave gift baskets to people who have a hard time with self care.

Clap For Me was Kim’s creative way to reach people. Singing and dance is a universal language. She shot the  Clap For Me Music Video  this summer in Savannah so she could incorporate some of our beautiful landmarks. Spectators started videoing with their phones and participating. Kim loved bringing people into the process and getting them excited about something positive.

When working with her students. Her greatest joy is playing music in her sessions and  hearing the kids singing along with Clap For Me. For Kim, it’s a priceless way to start positive conversations, and engage them. They have an opportunity to spread a great message instead of other typical content that has more negative divisive language.

Kim’s Love Again Initiative targets the communities that are still susceptible to misinformation and stigmatizing mental illness. Just like a physical ailment, mental ailments- though invisible are just as important to address appropriately. She wants to create conversations and ask thought-provoking questions to help change our interactions and our approach with people who suffer from mental illness.

She explains it like this: Just like you wouldn’t poke somebody who has an open wound. the way we interact with people suffering from mental illness needs to be from a place of helping the wounds heal. Identifying toxic behavior patterns and generational patterns that we want to break, can help us start to change our approach, and work together to find long term solutions to this crisis.

On Thursday evenings this fall, Kim  led social media live streams. These were mental health talks that featured people speaking on how they’re dealing with the pandemic and social issues, relationships and couples, the other side of forgiveness: Healing–. These talks have begun to include people in other regions making them national conversations. The restrictions from Covid have actually enabled her to reach beyond the local community. Her platform has expanded, and she’s looking forward to reaching even more people with her message.

Kim will be releasing a Clap For Me remix soon and will be throwing a virtual concert on November 20th! Check out her social media for more information. 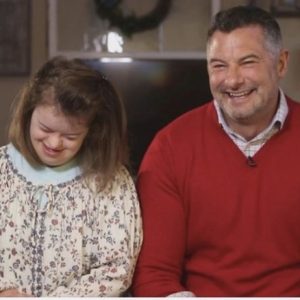 “Leading with love is the ticket to sharing a genuine connection, and the simplest way to start that is by sharing a smile.”  Michael Ray- 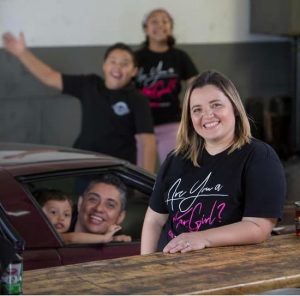 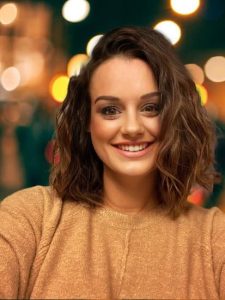 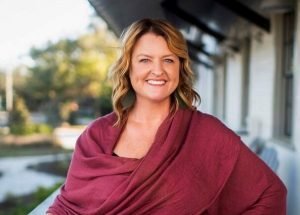